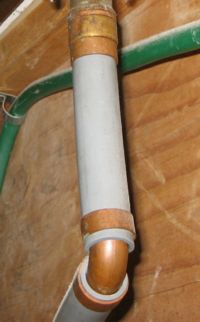 WHAT IS POLYBUTYLENE PIPE?

Polybutylene is a plastic water supply piping that hit the market in the mid to late 1970's and was used in the residential marketplace all the way through the mid 1990's. Typically it is gray in color and it was marketed as the pipe of the future. It came in huge rolls and the upside was how easy it was to install compared to copper pipe. The polybutylene joints were made with crimp rings instead of the traditional torch and solder. Plumbers also loved it because they were the only ones with the tools to install the crimp rings and when there was an issue it had to be professionally corrected. 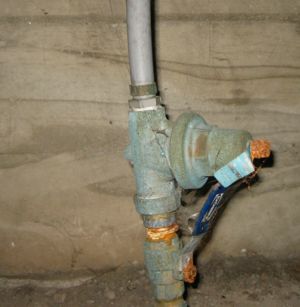 The water damage issues started to appear by the 1980's as many of the pipes began to fail. When the pipes were opened up the plumbers found degradation to the interior walls of the pipes and plastic fittings.

Polybutylene was widely used throughout the country and it is estimated to have been installed in over 10 million structures country wide. 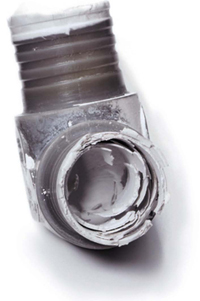 WHAT CAUSES THE PIPES TO FAIL?

The experts are divided on this issue as to why the higher than normal failure rates. Some have blamed leaving the piping exposed to the direct sunlight before installation. Others blame the chemical make-up and over chlorination of the water flowing through them. I believe that it is more the latter because there are certain municipalities that suffer damage in nearly every installation, while there are many other areas in the country where the failures are no more common than that of homes plumbed with copper, PEX and galvanized piping.

The real difficulty lies in the fact that you cannot see what is going on inside the pipes. The polybutylene pipes can look just fine on the outside one day and the next day either the pipe, the fitting, or the crimp ring can fail and flood the home. The best recommendation is to have an plumber who is experienced with polybutylene piping failures evaluate the system. It would be best if the plumber shut off the water and cut into a few sections to see if there was obvious deterioration on the inside walls of the pipe and the fittings. Just because the pipe looks okay on the outside it may not be okay!!! It is best to get it professionally checked out. 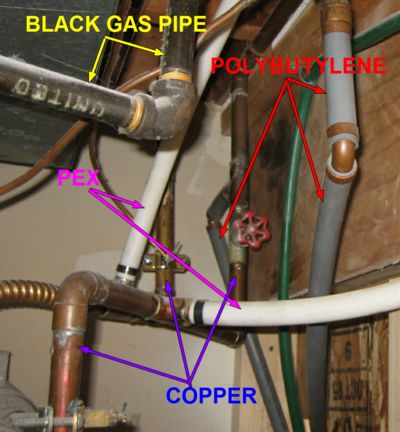 We usually think of polybutylene pipe as being plastic and gray in color. It does come in some other colors, such as blue, white, and black. Look at the photo to the right. It shows four different pipes above a water heater.

COPPER
- Copper is easy to identify due to its color.

POLYBUTYLENE
- Look at the gray piping. This home has both copper crimp rings and copper fittings. The polybutylene was used for the water softener upgrade and was only found in this one area as it spliced the added water softener into the original plumbing system.

PEX
- The white pipe is white plastic PEX. PEX comes in white, blue, orange, red, and even a more translucent milky white clear. In this home they tapped off the original copper system with PEX to plumb the newly finished basement bathroom and kitchen. We know that it is not white polybutylene because of the year of installation.

All of the piping above has lettering on the outside that identifies what type of pipe it is. There may be some confusion as to whether or not it is polybutylene or PEX. PEX is the plastic piping that came about to replace the polybutylene. As a general rule you can assume that it is PEX if it any color but gray if it was installed after 1998 and polybutylene if it was installed before 1993. The five year transition period could have either piping installed . 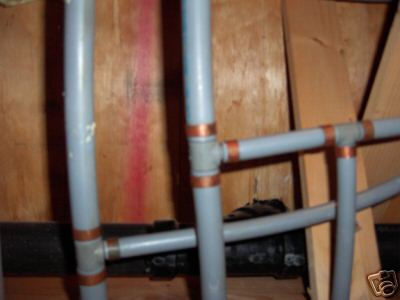 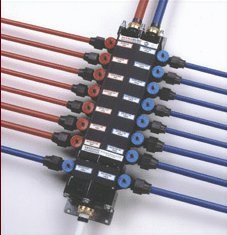 The final phase of polybutylene piping in residential structures included manifolds. The piping composition was altered and the installation process was changed. The smaller pipes no longer were being installed with joints and crimp rings. Instead, the pipe would leave from the manifold and run non-stop carefully bending and wearing through the home to the final plumbing fixture. Each fixture had its own pipe and the only joints were at the manifold and at the fixture. All splicing in walls and concealed areas was avoided and the techniques worked much better. The newer pipe typically had either a fine red or blue stripe running the length of the pipe. The newer pipe and techniques worked and they are excluded from the class action settlements. Public pressure made the manufacturers realize that polybutylene was a dead horse so the industry dropped it from the residential market in favor of the newer plastic PEX (They continued to use it in mobile homes and commercial, just not normal residential).

PEX - PEX piping is installed using all of the techniques of the final phase of polybutylene. The manifold systems and non-stop bends instead of splices are now the norm. It has not seen the failures of its predecessor and has proven reliable so far.

WHY IS POLYBUTYLENE PIPE SUCH A BIG DEAL?

The reason that polybutylene pipe is such a big deal is due to the huge damage losses from ruptured pipes. This is a very common issue in many parts of the country. If you are buying a home with polybutylene, you should call your prospective home insurer and see if they have any prohibitions against insuring homes with this type of piping in use. It is not uncommon to learn that you will have higher premiums, restricted coverage, and some insurers might deem the home uninsurable.

WHY ARE THE POLYBUTYLENE WEBSITES SO FEAR-DRIVEN?

With every new issue in home building comes with them the marketing fears from those who stand to profit the most. Polybutylene is no different. Here is one such popular scare tactic often found on the internet: 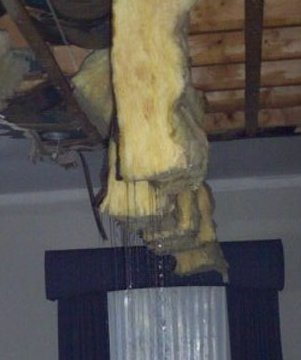 This is a clear case of fear mongering scare tactics to get you to re-plumb your home. It would not surprise you to learn that the phrase is readily used on many websites for firms that specialize in stripping out the old polybutylene pipe and installing new copper pipe. Whether you have galvanized, plastic PEX, copper, CPVC or polybutylene piping, leaks are inevitable. The truth about polybutylene is that it degrades quicker than the rest of the pipes on the approved piping list. And in some areas its deterioration is significantly quicker.

The class action settlements have been very clear to state that the realistic lifespan of polybutylene piping is just 15 years. Homes with systems older than 15 years are automatically excluded from the class action settlements. The 15 year lifespan is a real shocker to most home owners and prospective home buyers. When we think of copper and galvanized piping we like to think that they will last a good 50 years without major issues. I often see 100 year old galvanized piping still doing its job. Realizing that the courts have only made the manufacturers responsible for 15 years leaves many homeowners with polybutylene fearful that their systems could fail at any time. There is just no information or empirical data that can give any real confidence to reduce the fears of polybutylene pipe.

HOW CAN I FIND OUT MORE INFORMATION?

Google is a fantastic internet research tool for residential building product failures. You must be very careful to determine the bias of the webpage authors to identify their motives for providing the information they share online.

There are very few information-only pages with a neutral bias because there is no money made in producing information only websites. The best that you can do is get a broad perspective by reading many pages and see if all of the information is consistent.

WHAT ARE THE CLASS ACTION DETAILS?

The hundreds and thousands of homes affected by ruptured polybutylene started to clog up the courtrooms and the lawyers banded these homeowners together to go after the product manufacturers in class action suits. The Polybutylene Pipe Settlement is now closed.

RECOMMENDATIONS AND LIMITATIONS TO PB USAGE:

More About Your Home: 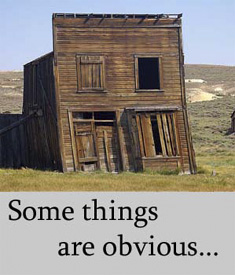 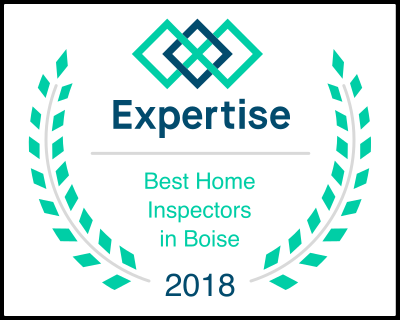